I am having a wonderful time in London, England. London is a very big city, much bigger than Rochester. The Beers and I have walked and walked all over. Sometimes we have taken a taxi, but most of the time we have ridden on the "Tube " or taken a bus. The Tube is underground and similar to the subways in New York City. The buses are called "Double Deckers." They are painted red and they have an upstairs! It is really neat to ride up there and feel like you are way up high!

Even though the people in London are alot like us, they sometimes use different words for things than we do. Here are a few examples:

It took a little while for us to get used to the different words.

Another thing that was neat were the telephone booths they had on the streets of London. Here's a picture of Will and Bobby Beers and another picture of me in a red phone booth. 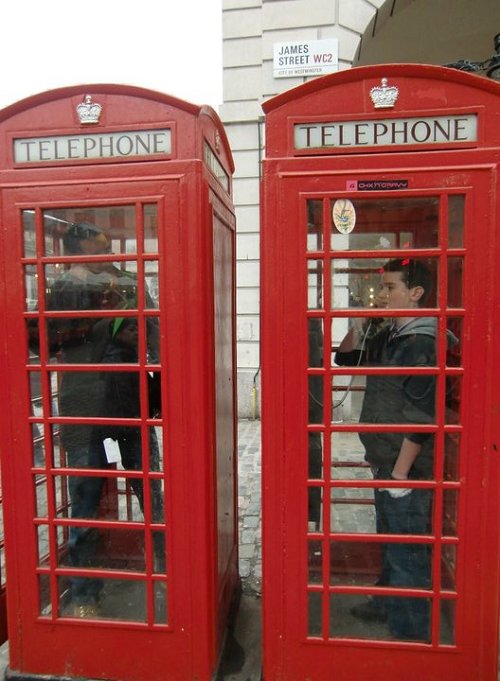 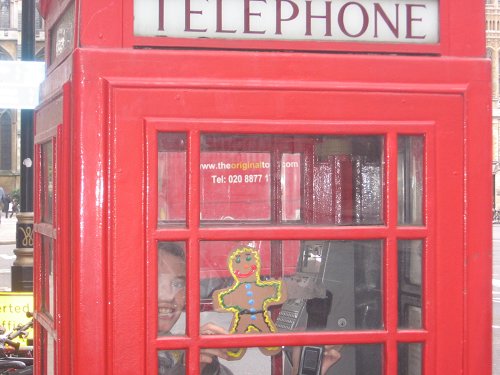 Well, I really need to say goodbye now because I have to go to the loo!

You are commenting as Anonymous